Beginning in 1997, Patterson owned a successful group dental practice; he sold it in 2019 when it had more than 40,000 patients of record.

Patterson earned his D.D.S. at Northwestern University and his bachelor's degree in biology at the University of Pittsburgh. 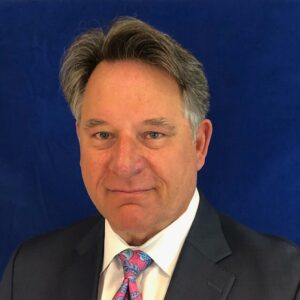 Steve Valentor is a successful serial entrepreneur and engineer with a wealth of experience managing high-growth technology companies, and building and leading high-performing teams.

Valentor is the owner, board chair and past CEO of RightHand Technologies, a leading designer and manufacturer of embedded computers for aerospace and defense applications. At RightHand, he formed the corporate management structure, established operational systems and transformed the customer base to include many of the world's largest companies, contributing to a quadrupling of the company's revenue over a four-year period and head count growth from 17 to 70 employees.

In addition, he is the managing partner at Polynomial Ventures, a venture capital firm focusing on innovative technology startups.

A technology visionary, Valentor was previously a vice president at Wind River Systems, a leading global software provider. As a result of the investments he led in the company's field engineering organization, revenue more than doubled in a three-year period, and customer loyalty and staff performance both strengthened under his leadership. He also held management and leadership positions at NXP Semiconductors (formerly Philips Semiconductors and VLSI Technology) and held various roles at Zenith Data Systems, where he was instrumental in increasing annual sales from $75 million to $1.5 billion.

Valentor earned his M.B.A. and his bachelor's degree in mathematics at the University of Illinois Chicago.